A new 64 GB iPhone 8 could cost anywhere between £1,011 and £2,142 over two years, depending on your network deal and how much data you want per month.

While it’s not news that the more data you get, the more expensive it is, you might be surprised at the range of prices for the phone for any given amount of data.

Here, I did a graph. I’ll post links to my working soon in a spreadsheet. While this is just for the 64 GB iPhone 8, the shapes of everything are similar for the 256 GB and Plus versions. 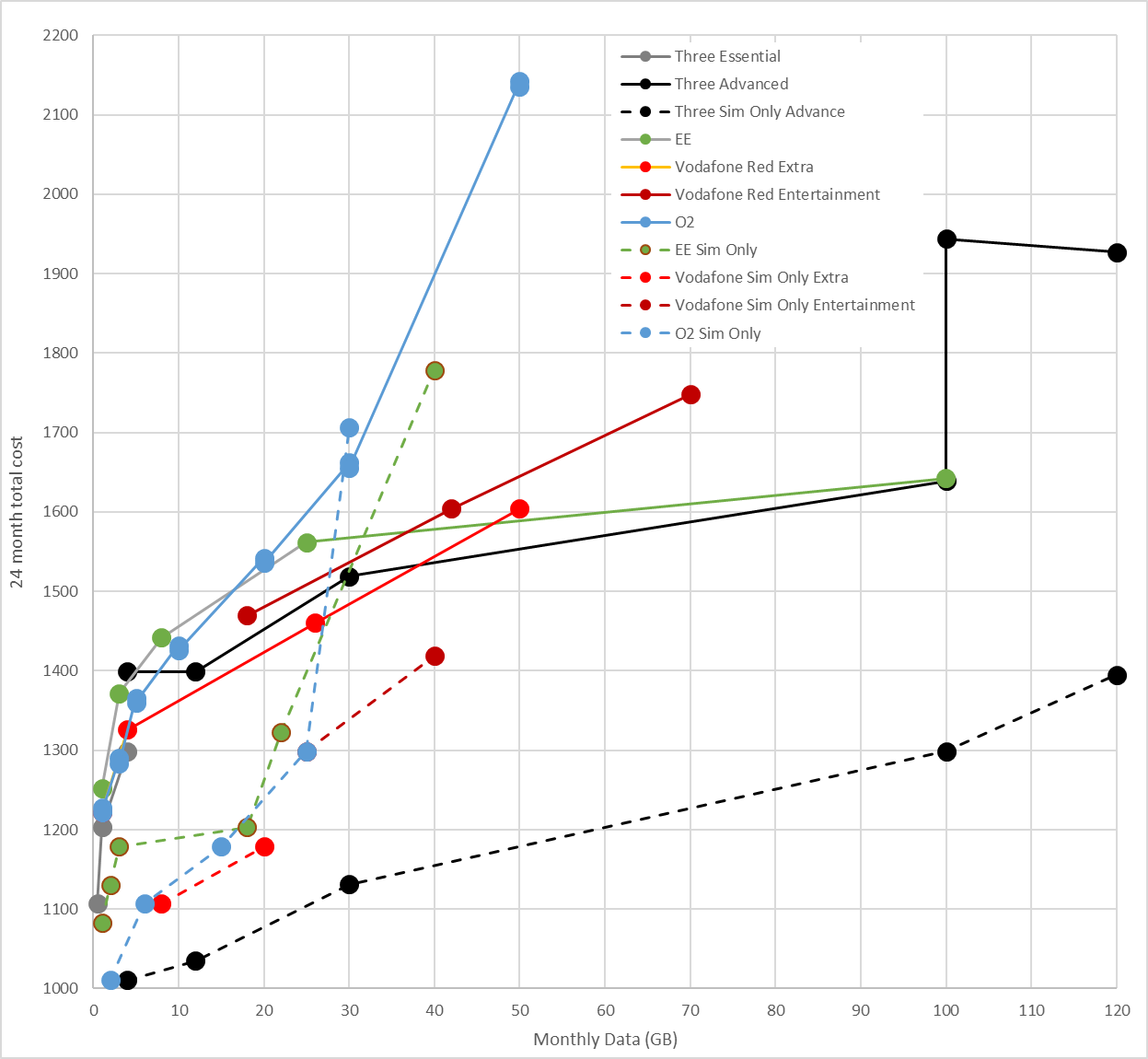 Ultimately, it’s worth doing a few sums before grabbing any new phone deal, especially at a low upfront price.

And I’m probably going to stick with my cost-saving strategy of buying a last-gen phone outright next time I need a new one!