Got £79 to spend on a bit of TV and some boring parcel delivery stuff? Thought not. But how about a one-month free trial of Amazon Prime and the excitement of rushing to binge, binge, binge on the things worth watching (which aren’t available on Sky, Virgin or Netflix in the UK) and then bailing before your card gets charged? Is it worth the hassle?

Yes it is. But you need a guide. So here’s what I enjoyed over the holidays:

1. The Man In The High Castle 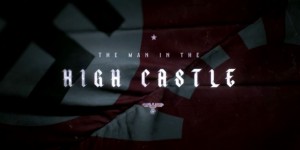 I don’t want to spoil this for you, but if you’ve seen or heard the hype (some of it tasteless and ill judged, like the branded subway cars), I think you’ll enjoy it more if you dial your expectations down a notch or two.

Ridley Scott produces a Hugo Award-winning Philip K Dick story for TV, an intriguing fantasy about how the world would be different if Germany and Japan won the Second World War. The setting is exciting and there are some well drawn, likeable characters whose stories would be gripping to follow, even if there were not an uber-twist. There are physical glimpses of a different world, the one we know, and everyone is rushing round The Greater Nazi Reich (east USA), the Japanese Pacific States (west coast) and – Star Trek fans rejoice – an actual Neutral Zone in the middle trying to work it all out. Amazing idea, right?

Yes, and the team spent YEARS on it. Originally it was meant to be for the BBC, but that never worked out. There’s usually a reason why stuff gets offloaded from a Beeb deal. If it’s comedy, it’s usually because it’s not funny enough, and it ends up on Sky. With drama, who knows? Maybe the budget blew up? Or maybe the story just sprawled out of control, beyond the British tolerance to make 4 to 6 episodes, max.

It feels sprawly. I genuinely love the idea, but it could have been an amazing 4 episodes instead of a saggy 10, and still not done (series 2 just commissioned – don’t follow links like this if you want to AVOID SPOILERS…). To be fair, the original book is an idea rather than a neatly finished story package, and if the makers think they can hold attention and command viewing and budget for an epic world-building saga, good luck to them. I’ll keep watching, at least for a bit.

For now, I’d recommend a binge on series 1 if you like the idea, and enjoy the sport of thinking how it could all have worked out better in an alternative universe. Which is kind of the point.

SEVEN RED LINDORS OUT OF TEN. 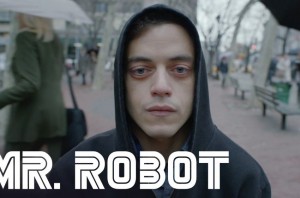 When was the last time you saw a good drama about computers? They aren’t the most promising subjects. Too often the stories are nebulous conspiracy hacks where nice people end up changing the world with a bit of earnest typing and lots of weirdly big, slow moving progress bars (UPLOADING!!! 97%…. 98%…… AAAAAAGH!!!) Or they contrive that somehow the physical worlds of computers and people have to merge to make the story relatable, which sometimes works (The Matrix) and usually doesn’t (Tron, The Lawnmower Man, Existenz and whatever the hell that Adam Sandler thing was with the giant Pac Man last summer. Ugh.)

Anyway, this is not that. It’s good. It works because the main character’s world is full, not just of brilliant tech genius and what he chooses to do with it, but with relatable fear, insecurity and mistrust in a world obsessed with security where we trust computers with everything. The story rockets forward relentlessly, and while the characters are so, so dark on the whole, there is just enough light – or the hope of light ahead – to keep making things having to happen. And then just when you think you know what must happen, something else does.

Can’t say much about the plot without potentially spoiling it, so just trust me – it’s worth a look, and if you like how it starts, you’ll love how it goes. Christian Slater especially is an unexpected joy. The most annoying thing is that I feel I need to see it again, but I’ll be turning it off. 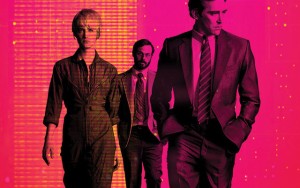 Having said there aren’t many good stories about computers, Amazon seems to have brought in a batch load. This also happens to be my favourite 1980s period drama, full stop. (Is it too soon to use “period drama” for the 1980s? Too late.)

Not much point describing the setting, because I doubt it would grab your interest. A bunch of people want to make a new PC and argue about how to do it. See? But the people are special. There is life, love, wit and style about them. And dammit, they make what they’re doing seem pretty interesting, world-changing even. I totally enjoyed getting misled into thinking this was really the story of some famous real computer company under a different name for fictional purposes, until I realised that it really is the story of spirited battlers on a new frontier. It’s not just about somebody, it’s about everybody. That means you. If you’ve ever struggled to get an idea off the ground and into a challenging world, you will relate.

And if you like tech at all, there’s soooo much nostalgia candy, the most and best since Life On Mars, with a soundtrack that even exceeds that classic. Brilliantly chosen sets of tunes illuminate and capture the essence of each character, and it’s not your standard mish mash of 80s classics as heard every Friday on Tinpot FM’s more music variety mix. The characterisation and music are so well done, they can even unsettle and shock you by playing what you think is the wrong music for the wrong person until you realise… no, there’s a bit of story I don’t want to spoil for you.

Series 1 is better than series 2, I think, so if you’re in a big rush don’t worry about getting all the way through. But you should give this one a go. 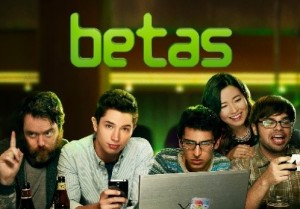 I was surprised how much I enjoyed this. Really only dipped in because each episode was shorter than other series, and the seriousness of some of the other stuff was doing my head in.

It’s a comedy about app developers. Amazon have REALLY tried to corner the market on computer dramas. And this 2013 series was groundbreaking. But it feels like a beta for 2014’s Silicon Valley (on HBO and Sky Atlantic), which has lasted longer.

Betas is a little brasher, the characters a little bouncier and not gelling quite as well together as Silicon Valley’s, and while it’s entertaining and more compelling than I expected, one short series felt like it told the available story well enough. There’s “will they/won’t they?” romance and “will they/won’t they?” venture capital fundraising, and I think it’s enough to enjoy it while it lasts without caring too much what happens in the very, very end. 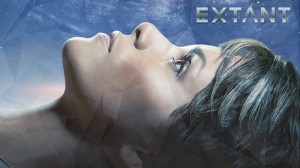 It’s the sci-fi drama where your most frequent question might be “how the hell did they do that?” They got an infertile astronaut pregnant on her own in a space station. They brought a robot boy to life in an endearing way. They got Oscar-winning Halle Berry to play the lead. How did they do any of that? And how did they keep making me want to watch the first series when it got all weird yet simplistic, zoom-bangy yet ploddy at the same time? How? Any of it?

I’ve seen nearly a series and a half of Extant, and it still feels like it’s just getting set up for the real story yet to come. There’s a burgeoning alien life which can manipulate human minds, and an apparently unrelated story of the development of artificial intelligence which can exceed human capacity and will probably end up being made to fight wars for us. I’m kind of getting the feeling that humanity is going to get squished in the middle of an aliens vs. robots war starting some time in series 7 if we ever get there.

So if that sounds like your sort of thing, dive in! And if you don’t want to pay Amazon for it, you don’t have to – series 2 comes to the Syfy channel from January 13th 2016. That’s where I’ll pick it up from here. Possibly. If I get time to watch in the background.

PS – I know there are other, award winning, exclusive things on Amazon Prime. I tried Transparent but it didn’t really grab me. Mozart In The Jungle was fun for an episode, but I literally fell asleep trying to watch any more. If they ever make any more of Chris Carter’s The After, I’ll be there, but otherwise I’m happy with one “mysterious event which definitely isn’t The Rapture even though it looks a lot like The Rapture”-related drama in The Leftovers.

I think I watch too much TV. But if you have suggestions for stuff to watch, go ahead…