What can I do for you?

I've made radio for 25 years, podcasts with 100,000s of downloads and social media to bring communities together. What do you want to share?

I pick tunes for radio to help people chill, or get excited about new hits. I can create the soundtrack that works for your stories with pre-recorded or bespoke music.

I've helped people in radio, business and church to discover and use more of their creative and leadership talents. What about yours? 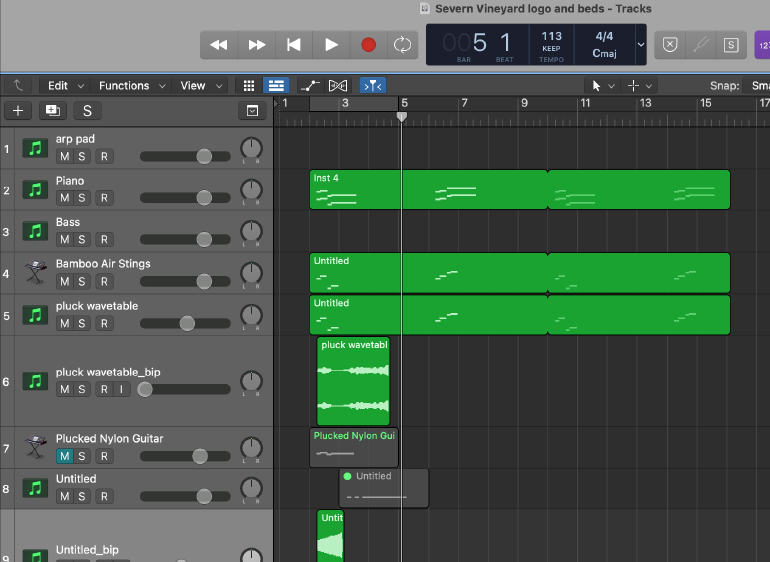 Well With My Soul podcast 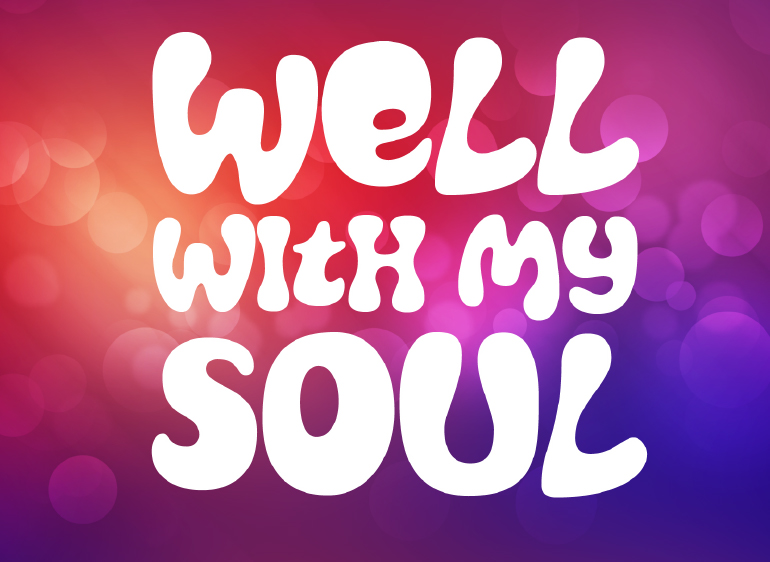 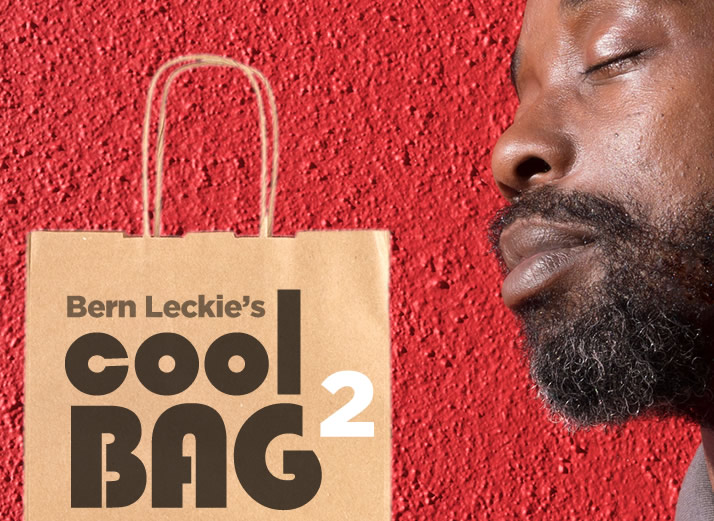 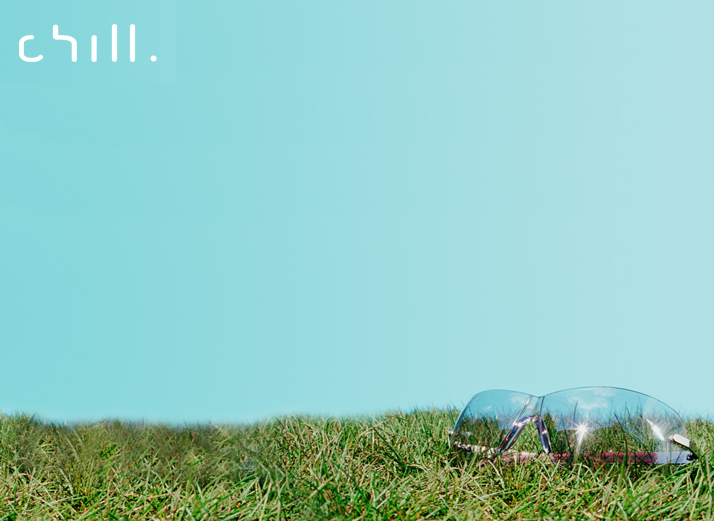 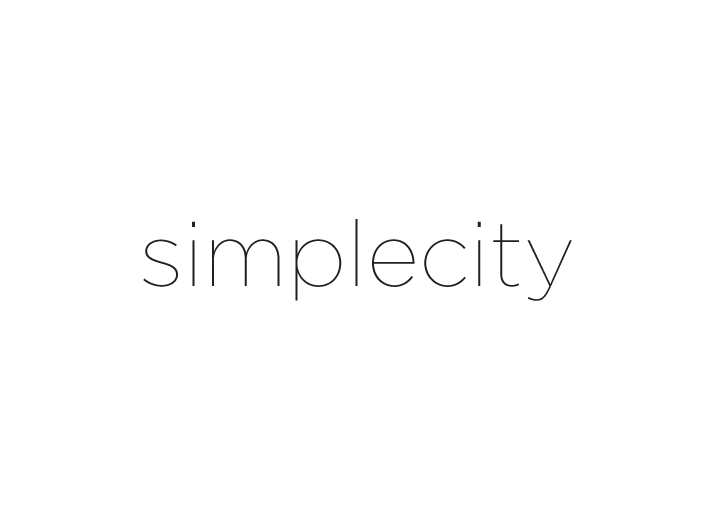 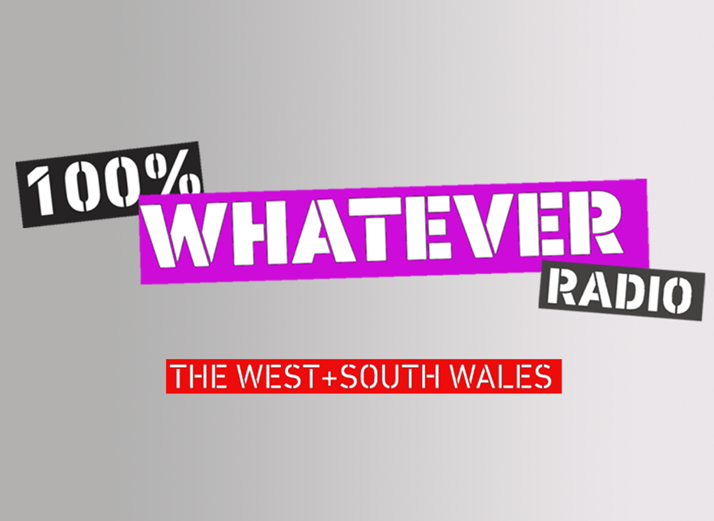 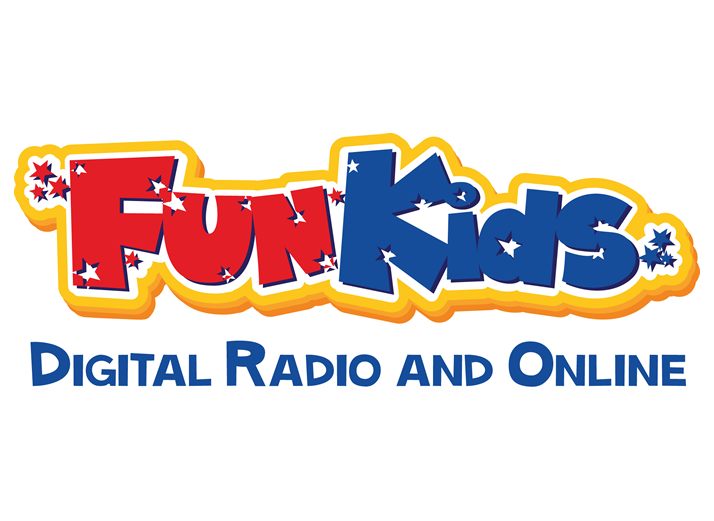 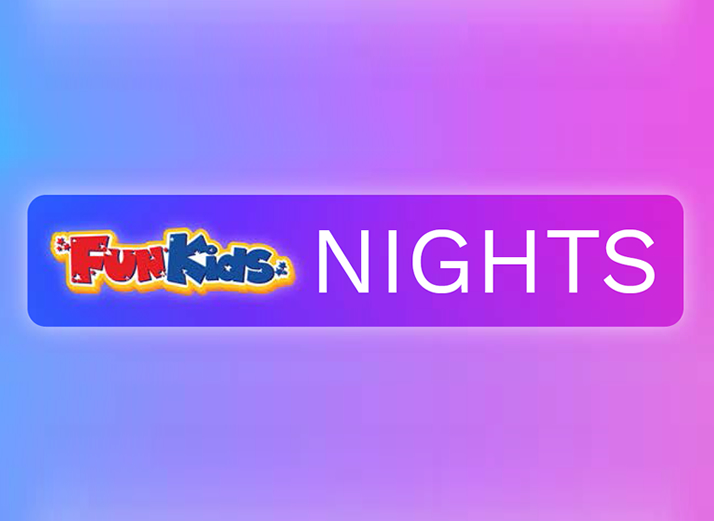 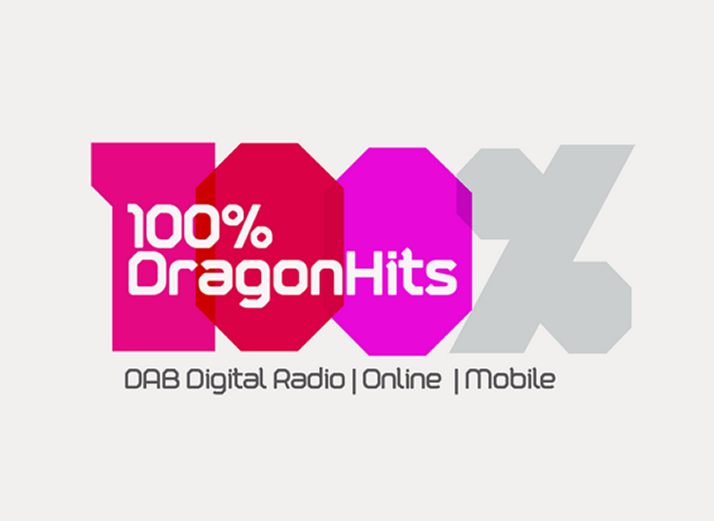 Learning to be a dad 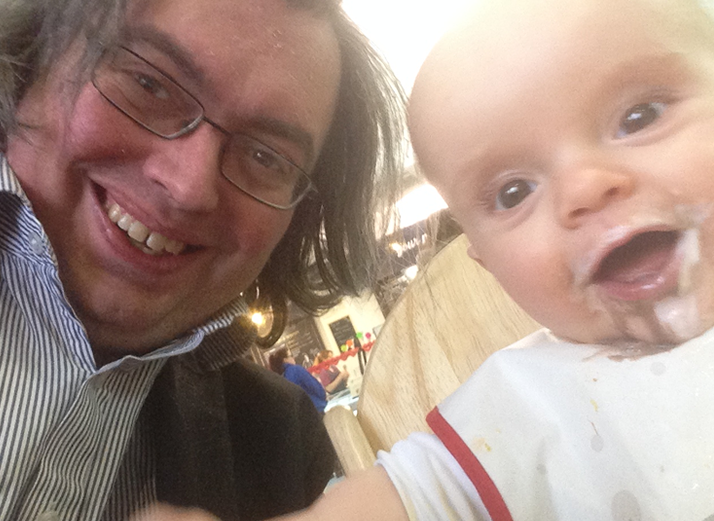 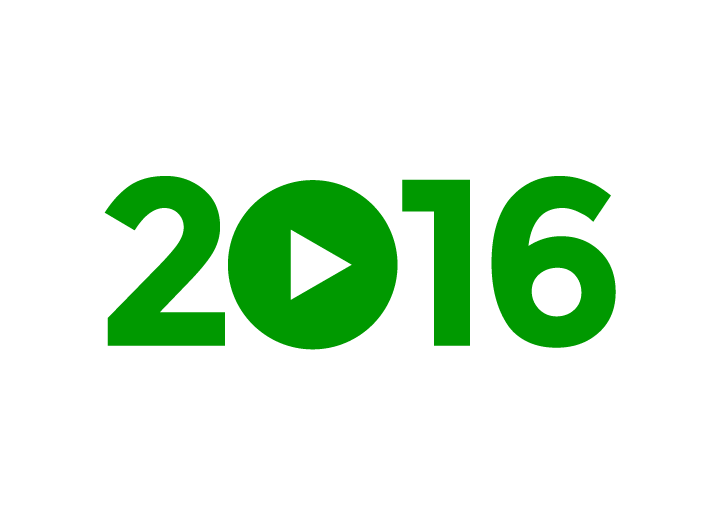 The Lord’s Prayer – our family version

Our Father in heaven,
May your name be honoured,
May your kingdom come,
And your will be done on earth as it is in heaven.
Give us today (and tomorrow) the bread and bits we need;
And forgive us what we owe,
As we have forgiven people who owe us something,
And lead us, so we aren’t led by temptation,
And deliver us from the evil one.

Every night when I put my son to bed, we finish our conversation with things we want to thank God for, and finally pray the prayer Jesus taught his followers to pray. These are the traditional words I was taught to recite when I was his age:

Our Father, who art in heaven,
hallowed be thy name;
thy kingdom come;
thy will be done on earth as it is in heaven.
Give us this day our daily bread;
and forgive us our trespasses
as we forgive those who trespass against us;
and lead us not into temptation,
but deliver us from evil.
(Some churches add: “For the kingdom, the power and the glory are yours, now and forever.”)
Amen.

If you’re not a believer in God, I expect this seems like a quaint, possibly harmless tradition which you might rather avoid to keep things more “real”. I happen to believe in God, specifically the God that Jesus points to, so we’re coming at this from different angles, but I wonder what belief my son will form later. This will be entirely up to him. Meanwhile, I think this is a great way to draw together reflections on the day and our hopes for tomorrow.

If you do believe, and especially if you follow Jesus too, you might recognise The Lord’s Prayer as something traditionally recited, but maybe better expressed most meaningfully at the start of a day rather than the end (“Give us this day our daily bread” seems a bit redundant at bedtime, for example.)

Thinking about these words and meaning them as we say them is, to me, a Very Important Thing. I’m not a fan of religion in the sense of habits, especially when I think my mind and will become detached from a recitation exercise, as if the breathing of some magic words were the thing that Jesus wanted when he taught his followers to pray. My approach to faith is more to aim for relationship, believing that God listens and wants prayer to be part of a conversation, which he initiated long ago, but I need to bring myself to continue at least daily.

The freshness and immediacy of what Jesus tells believers to pray about is really striking to me. I can get awestruck and a bit lost in the idea of God being massive and eternal, and Jesus doesn’t belittle God by denying this or boxing him with small hopes or expectations. But he does tell believers to pray in an intimate way, calling God “Father” and asking for necessary things today like sustenance and little victories over evil in and around us, rather than just putting our hopes into the promised, world-changing, ultimate triumph of good over evil later.

So it also makes sense to me that we should pray this prayer in our own words, keeping the meaning but freshening the wording in whatever ways seem necessary to make it an authentic, meaningful expression for today.

One way I like to do this privately or with other adults is to split the prayer into sections (typically six), and spend a few minutes reflecting on a form of wording for each section which seems right and natural for that day. In musical terms, this is a kind of jazz improv version of the Lord’s Prayer – we know the themes, we come together in the important statements of those themes, and improvise the rest.

But is this the best way to pray the prayer every day with a child? I’m thinking not. I benefited a lot from hearing it prayed consistently and concisely. This helped me to remember the prayer and be able to improvise around it later. Kids generally prefer pop radio edits to lengthy jazz improvisations, so what’s the edit for us to use at home?

A modern Bible translation of the Lord’s Prayer is already quite different from the centuries-old traditional words, so let’s start there.

“Our Father in heaven,
hallowed be your name,
your kingdom come,
your will be done,
on earth as it is in heaven.
Give us today our daily bread.
And forgive us our debts,
as we also have forgiven our debtors.
And lead us not into temptation,
but deliver us from the evil one. ”
(Matthew 6:9-13, New International UK Version)

What are the main differences?

So this is more or less what we pray at home, but with a few tweaks which I think fit the words faithfully into life as my child understands it:

Our Father in heaven,
May your name be honoured,
May your kingdom come,
And your will be done on earth as it is in heaven.
Give us today (and tomorrow*) the bread and bits we need;
And forgive us what we owe,
As we have forgiven people who owe us something,
And lead us, so we aren’t led by temptation,
And deliver us from the evil one.

* This is the bedtime version! Granted, it might be better for us to pray this in the morning instead (or as well)…

One tweak which seems important to me is to swap out “debt”. It isn’t a meaningful word for a 7 year-old who hasn’t had to manage a budget. But we do find it’s meaningful to talk about what we think we are owed when someone has done something wrong to us, and what we think we might owe someone when we need to put things right. All of this is a natural framework for talking about “sin” without having to bring in a specialist word that makes this seems like an exercise in following religious rules.

The other twist which looks substantial, and has been the subject of discussion at church, is how best to put “lead us not into temptation”. I believe that is quite a literal translation of the Greek translation of Jesus’ words,

but in modern English, this seems to suggest that God might actively lead us into temptation, which he doesn’t according to this other bit of the Bible, attributed to Jesus’ brother James:

“When tempted, no-one should say, ‘God is tempting me.’ For God cannot be tempted by evil, nor does he tempt anyone; but each person is tempted when they are dragged away by their own evil desire and enticed.” (James 1:13-14, NIVUK)

There’s probably ongoing debate to be had over how best to translate that bit of the Lord’s Prayer, but I’m happy avoiding a potentially misleading form of words, even if it is traditional and extremely commonly used.

I’m going with “Lead us, so we aren’t led by temptation” because this feels faithful to me – close to the language we are given, and very close to the experience that I have, that it’s an everyday choice of which lead to follow sometimes, and praying for God to lead me is core to my belief that God then wants to respond and help me make better choices than I might have done on my own.

Will I always say this the same way every night? Maybe, maybe not! It’s most important to me that this feels authentic, from the heart and of the moment, both for me to keep doing and for my son to learn that this is how we approach God, not with a meaningless habit of recitation.

What about you? Do you think this might be a good prayer to pray, perhaps in your own way? We spent some time on this at church during Lent 2021 and posted loads of thoughts and chat about it here.

If you have a way you like to approach it, I’d love to hear from you.

A personal note about Chill

Britain and Europe – what have we learned, and what next?

The thing you need to know about Halloween

Why is Apple’s apology big news?